Today have a mani refresh with Nails Inc. Porchester Square. I have seen some beautiful nail art done with striping tape and wanted to attempt the same. My attempt... not to great. 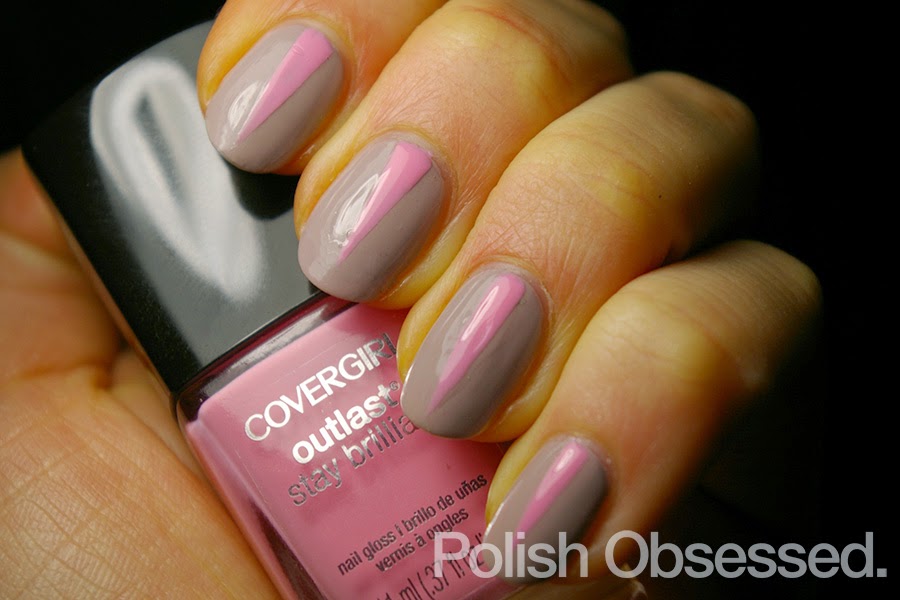 It doesn't look horrible but it just wasn't exactly what I was going for. My triangles were a little thinner than I had anticipated. To get the crisp and clean lines I used thin striping take to mark off the triangular areas. The placement of the tape on the nails gave the illusion of the triangles being thicker than they appeared in the end. 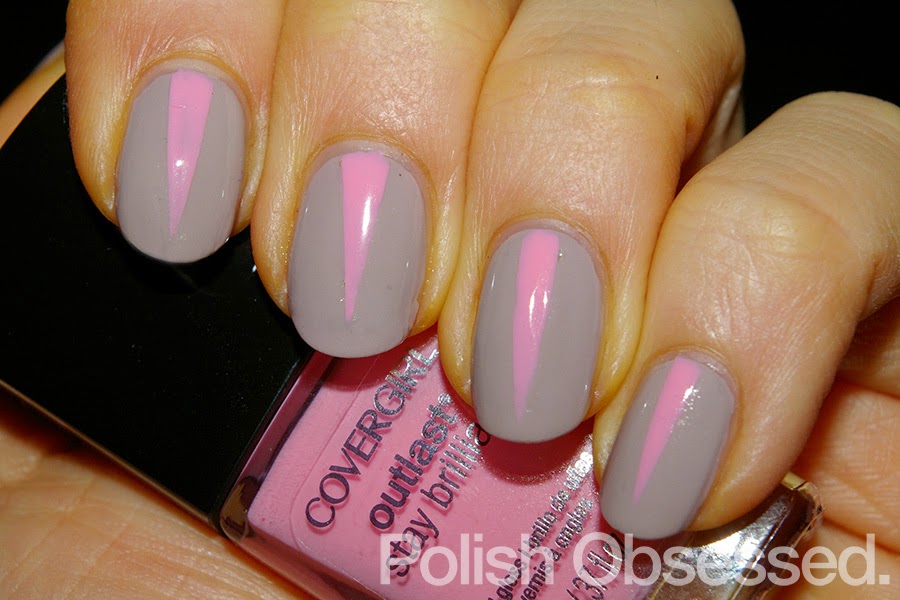 The polish I used for the triangular shapes also was not the best option. Although a great shade, Cover Girl Outlast, Bon Bon was a little on the thinner side. I should have tested it out before using it since I had to use two thicker coats for opacity. Not so good when working with any kind of tape, as it needs to be removed right after application of the polish so the tape does not pull up the polish!

This was a great learning process, definitely something I will try again with new knowledge in mind to improve the process and final look of the mani.