An oldie but a goodie, today I have a hard to find polish back from OPI's Canadian collection, released back in 2004, way before I started my blog and became an avid collector of polish. I have had a look at the collection in it's entirety online since I very rarely have seen these shades in stores and am happy with the two polishes I own. A part of me wants Paint Your Toron-toes Rose just for the name. The colour is meh, most of the collection was neutral red/pink shades.

I was lucky enough to come by this shade,  Glaciar Bay Blues on eBay a few years back. 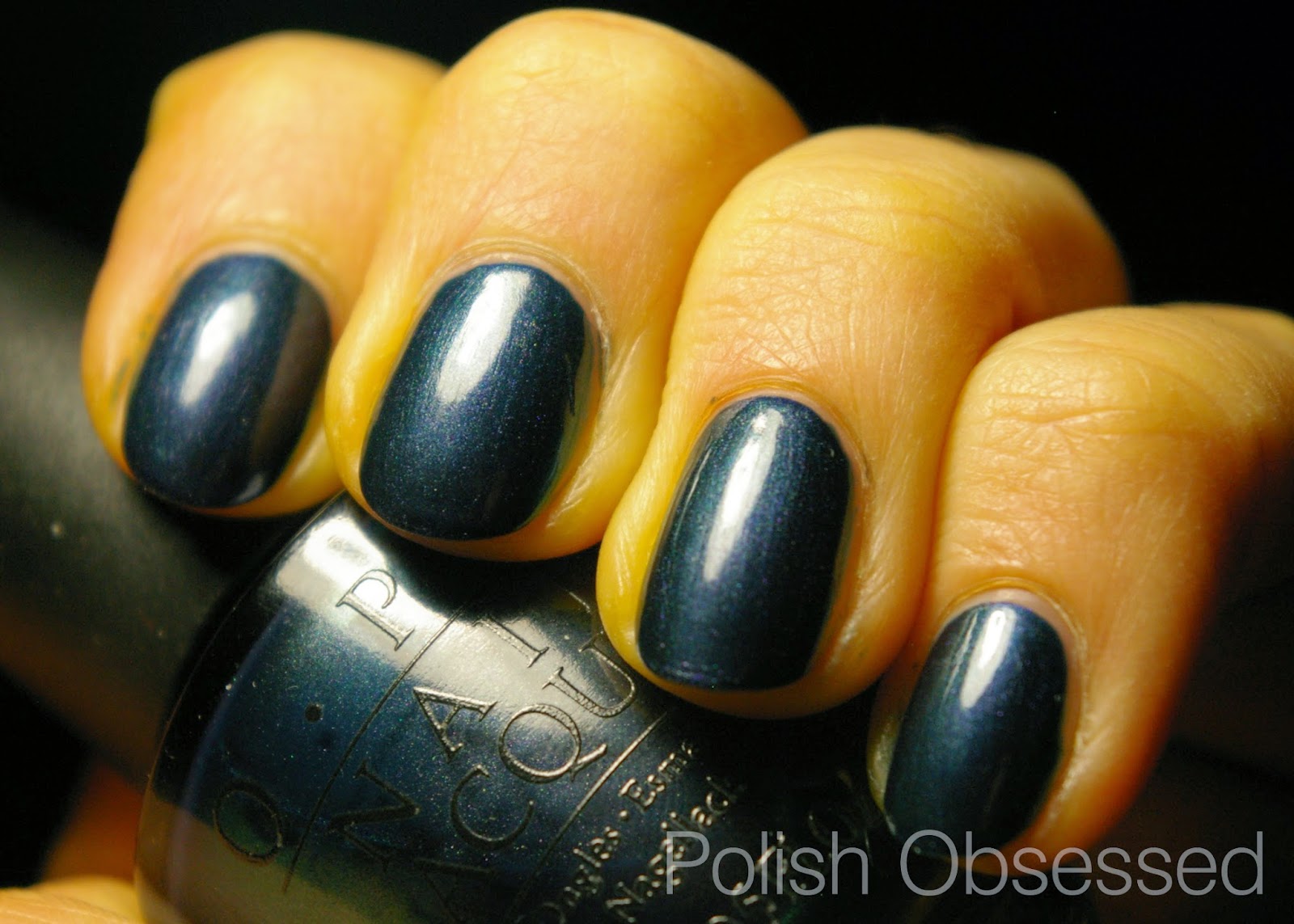 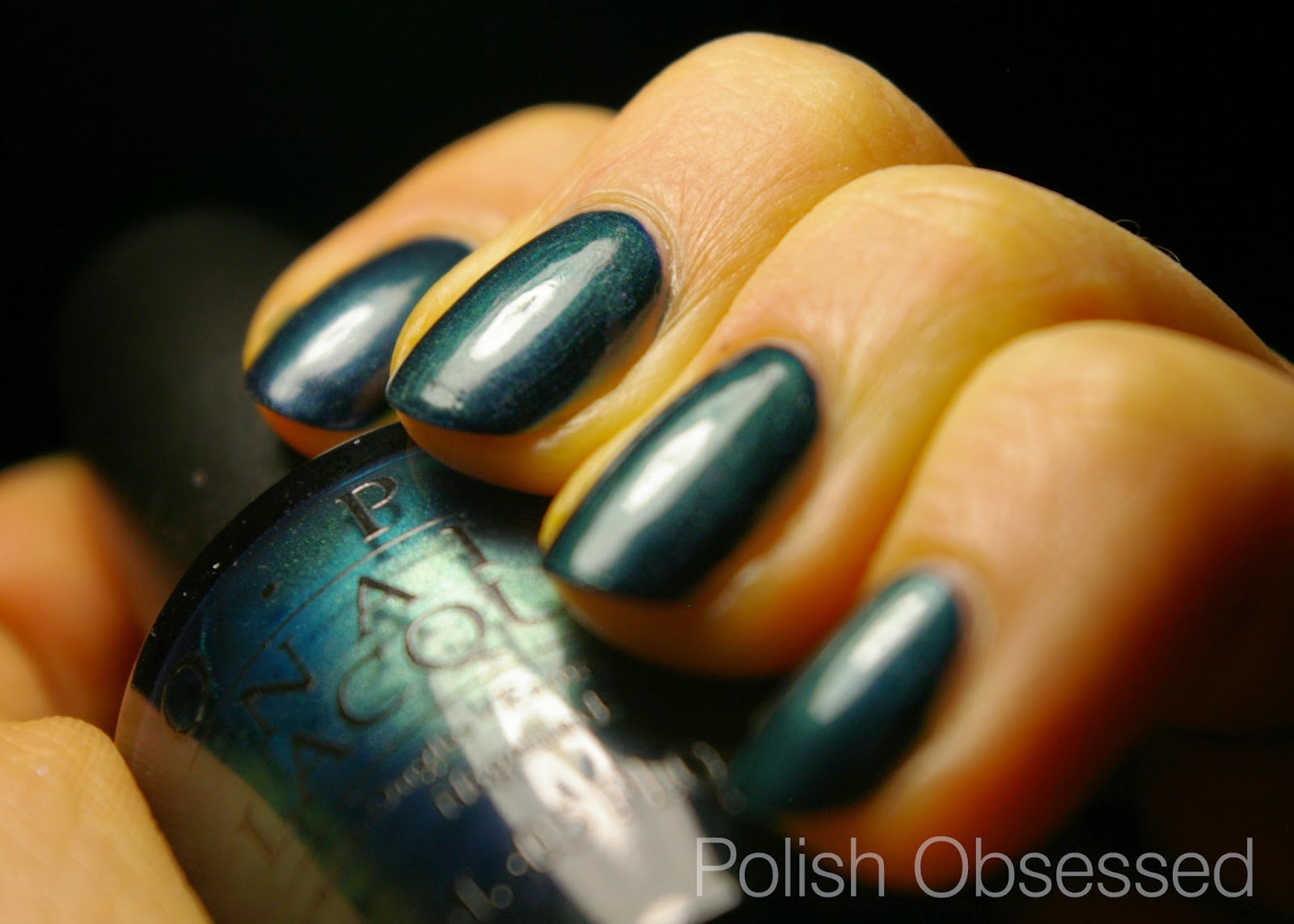 Glaciar Bay Blues is a lovely deep sea blue with a subtle duochrome that shifts between deep indigo to a green based turquoise. My photos below show two coats over a layer of OPI Russian Navy (which you can see through Glaciar Bay Blues in the light (of the flash) in the photo below). 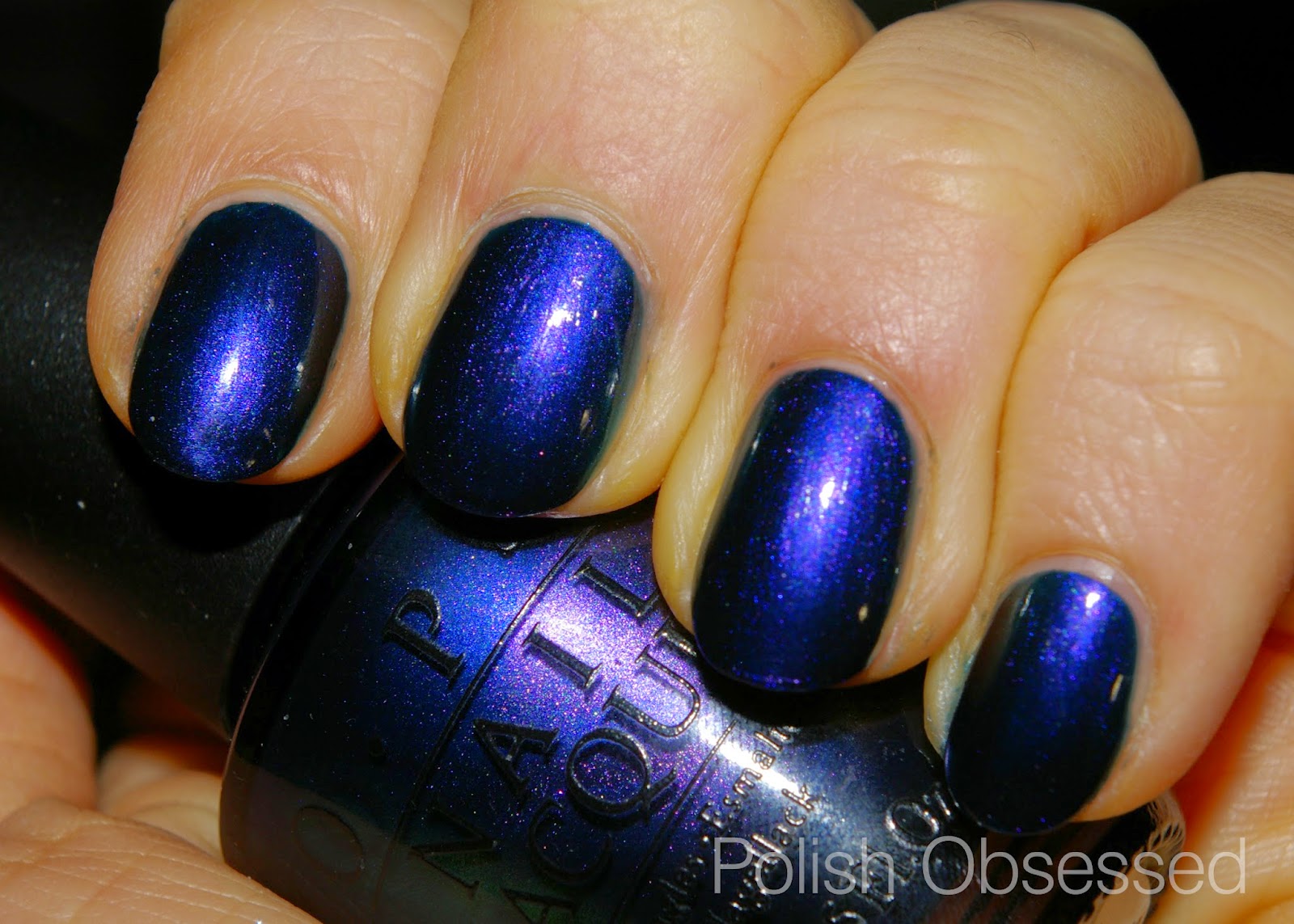 The formula of this polish is on the thin side which is understandable since this is an older OPI polish (before OPI changed their formula to remove some of the more toxic chemicals). That being said, the smell was not as bad as I expected. Obviously a bit stronger of a scent but not as potent to my nose.

I'll let the rest of the photos speak for themselves. 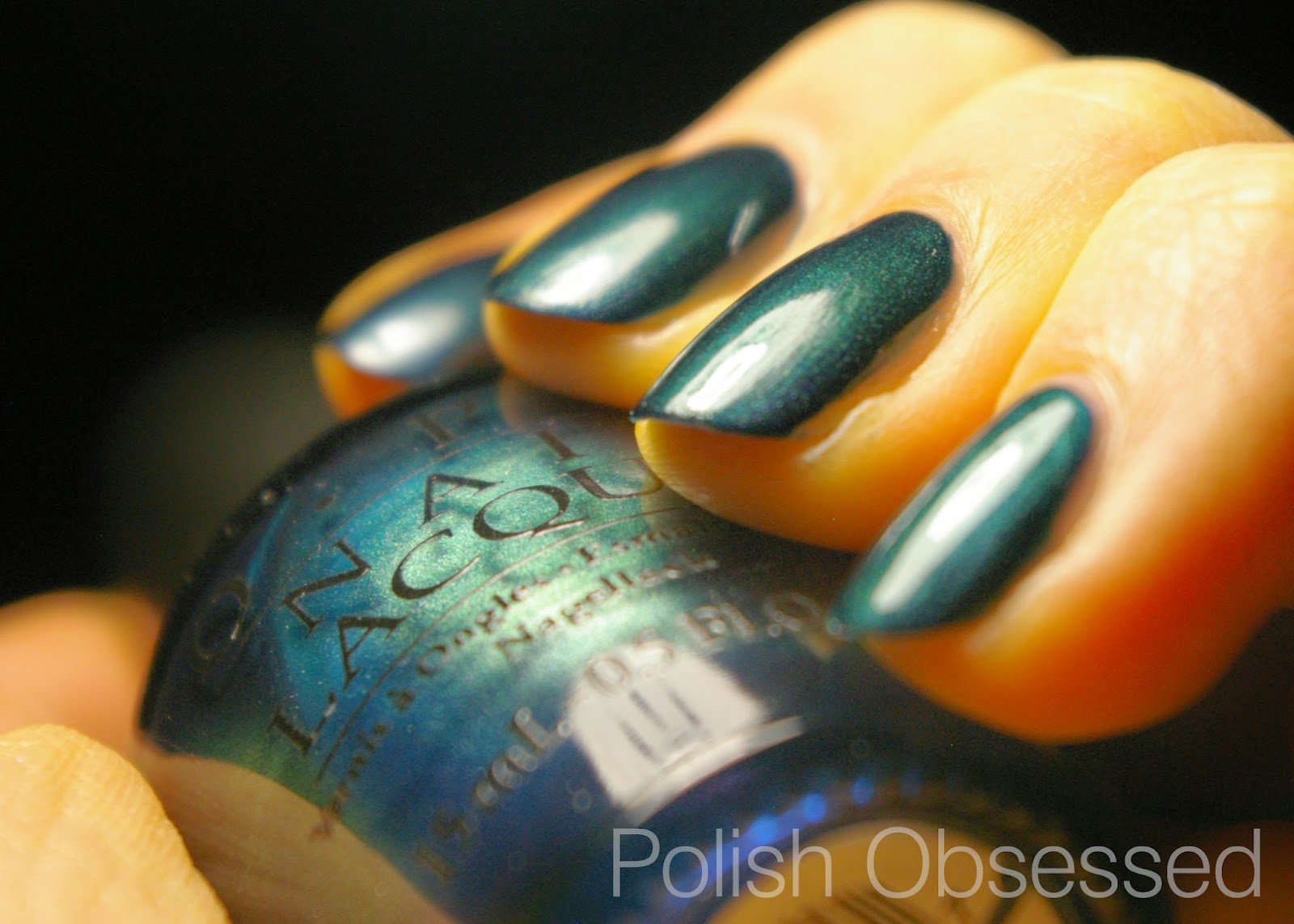 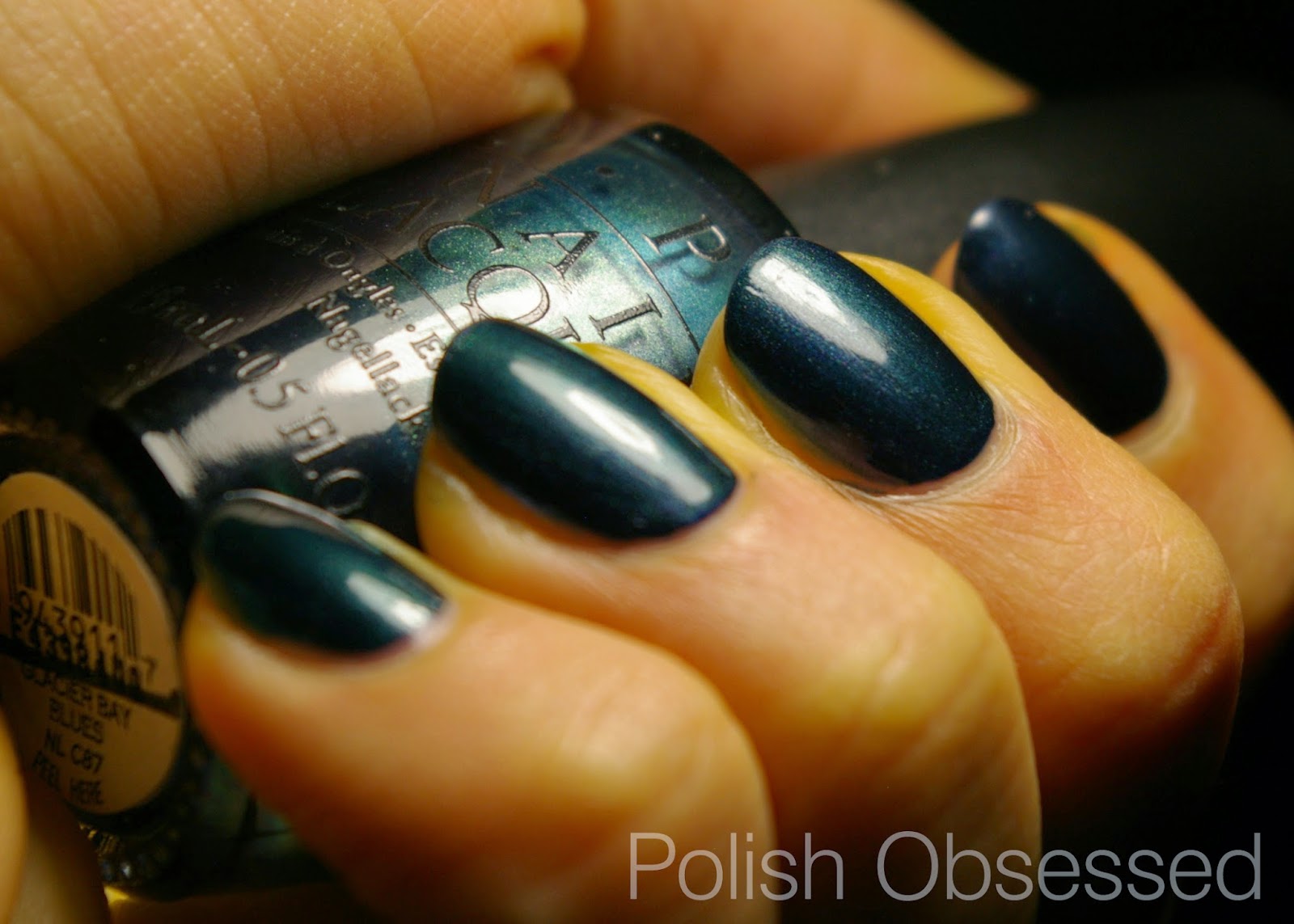 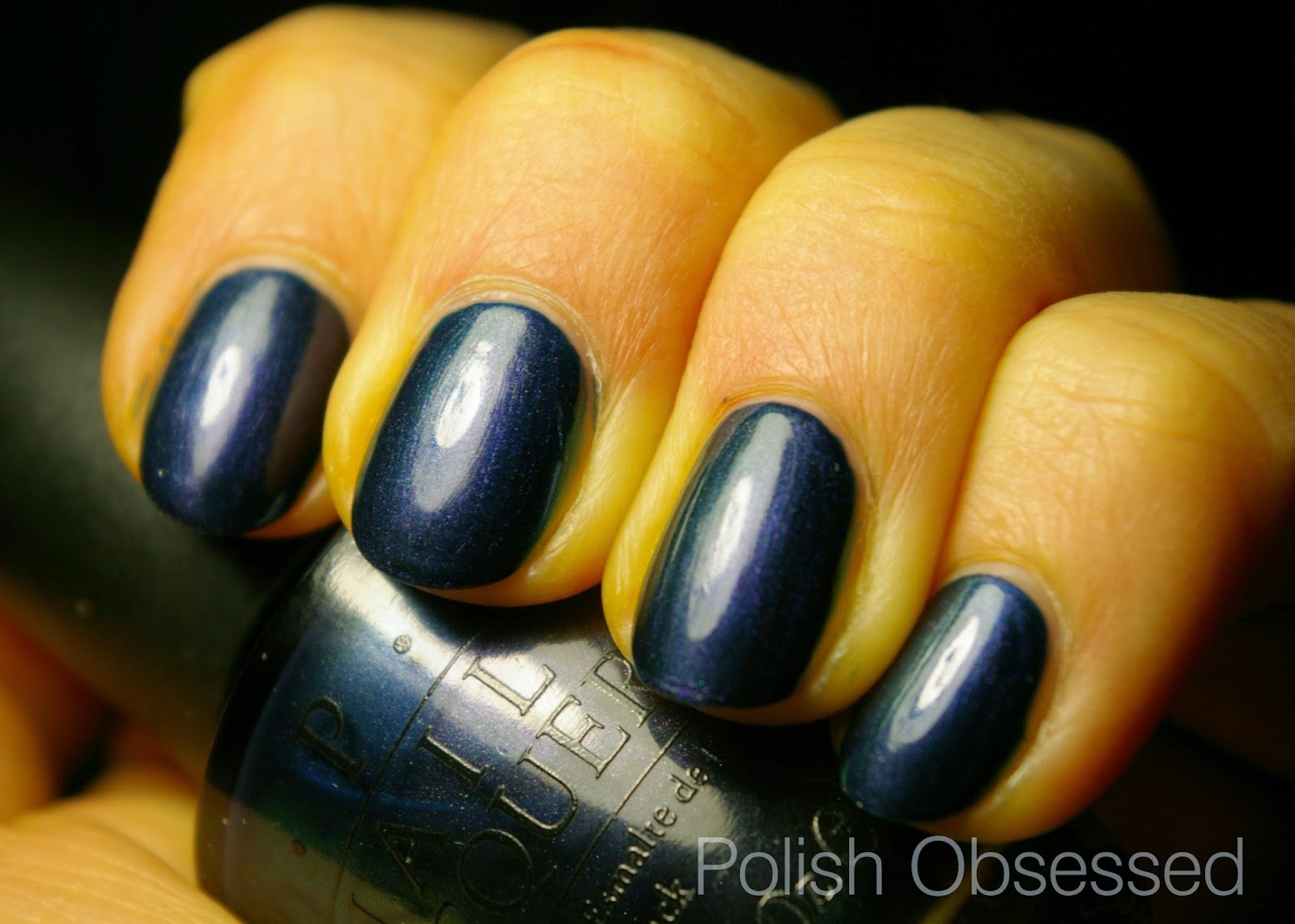