I had been lusting over this glitter topper for November and December, in December more in anticipation since I knew my boyfriend had picked it up as a part of a Christmas gift for me ^_^

OPI Comet in the Sky is a complex glitter. In the bottle it resembles galaxy nails, however, this densely packed glitter is in a clear base and contains various sized matte black glitter pieces with iridescent hex glitter and small iridescent glitter. I chose OPI Russian Navy as my base polish and brushed on a layer of Comet in the Sky over top. 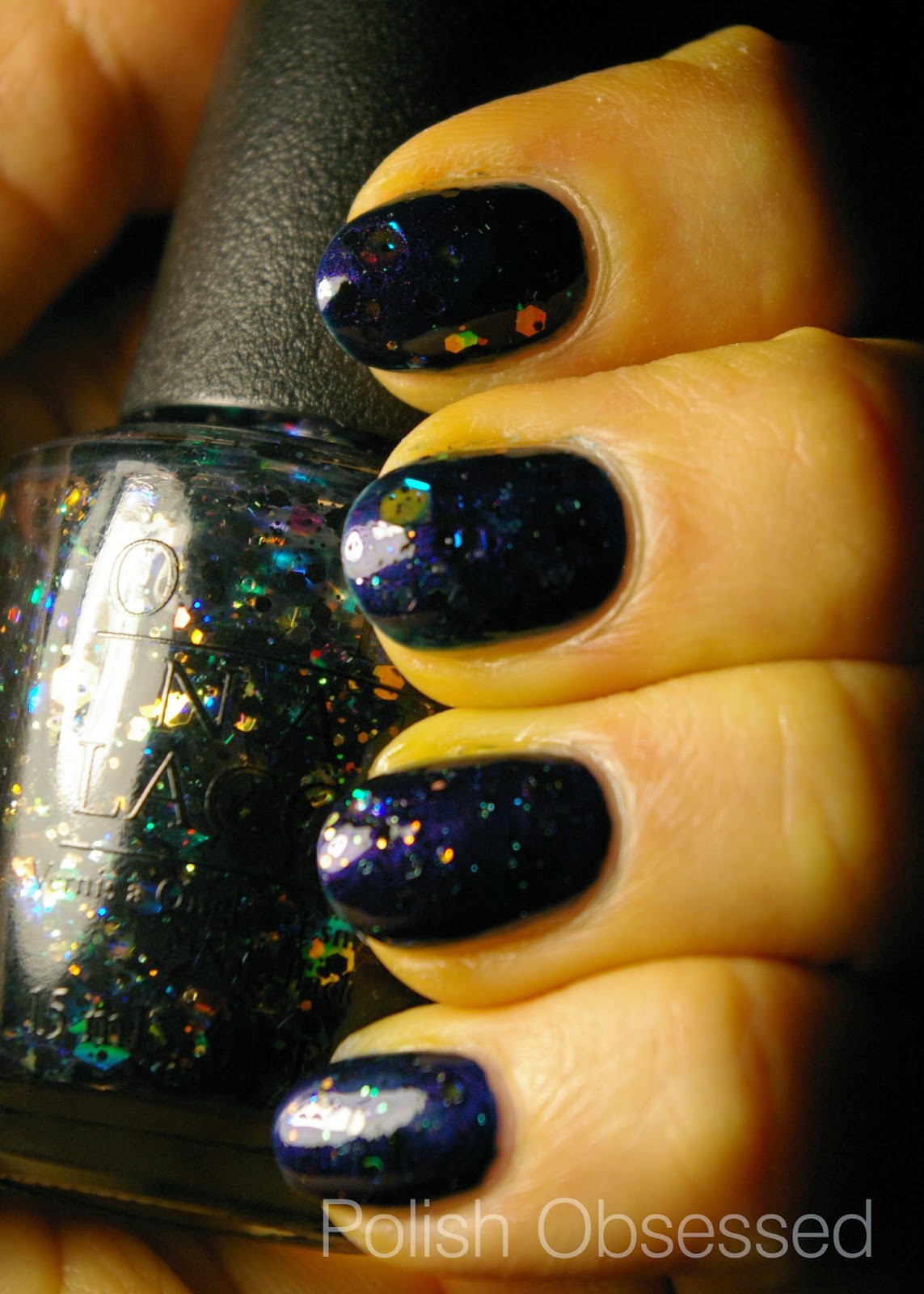 Unfortunately I could not capture the many faces of this polish combo. In different light settings the glitter shifts. My favorite lighting is always natural sunlight, overcast.
Posted by Danielle at 9:30 AM