The weather has been freaking amazing the last week and what better way to celebrate than with a bright neon! I picked up China Glaze Shocking Pink on one of my first ever trips to Sallys making it one of the first China Glaze polishes I ever owned! 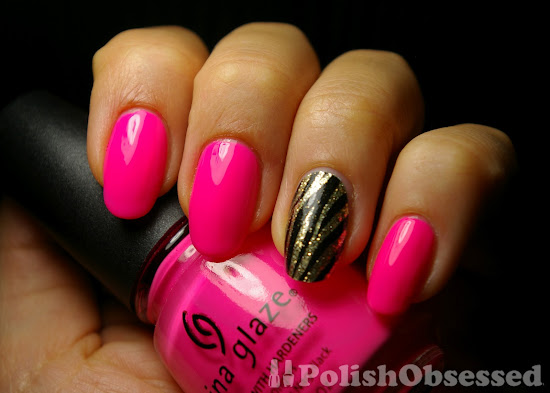 Fast forward to now and it has been collecting dust, never used. I had sudden urge to pair the Incoco design I had on my ring fingers with a hot pink, that was when I thought of using Shocking Pink. I thought I would finally try it out... And it is awesome! 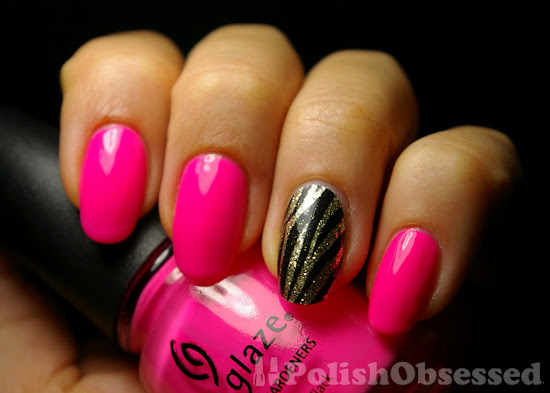 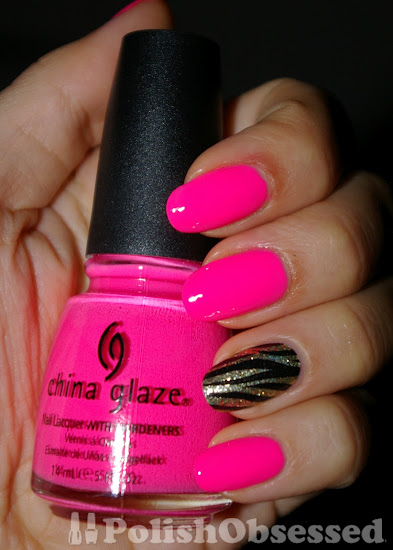 Application however is a whole other story :( neons are usually a little difficult to apply, this one in particular was visibly thin, meaning multiple coats were needed for opacity, yet thick in smoothness. Since neons dry matte they also dry faster which I found if you went over the same spot more than one you get some balding. I only applied three coats to my nails but could have used four on some nails for strokes and eveness. Luckiliy Seche Vite was good at leveling everything out and making everything glossy and pretty :) three coats was perfect for me. 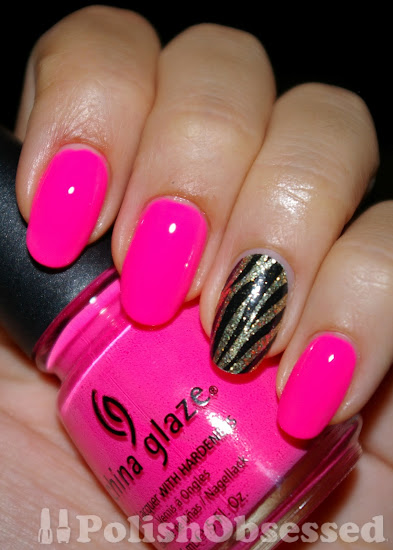 I feel lie the accent nail looks a lot better with pink, I wasn't given a choice when they were applied. I decided to keep the nail strips on to test out the wear on them. So far they have been going strong for a full week! And that is after filing my nails down with them on! I am super impressed with these.
Posted by Danielle at 9:30 AM