My boyfriend picked this shade for my latest mani, he is a sucker for blues! Sephora by OPI Havana Dreams was a long sought after polish for me when it was first released, such a pretty, soft, pale blue. I have worn this before, you can see the post here and here. I remember originally having some trouble with application and making a huge mess of it. This time I took my time applying thin coats and allowing time In between coats to speed up the final dry time and avoid any bubbling. Considering I applied this in my dimly lit living room (changing between The Apprentice AND hockey) I am pretty happy overall, my application could have been better but it turned out nicer than my first attempt. 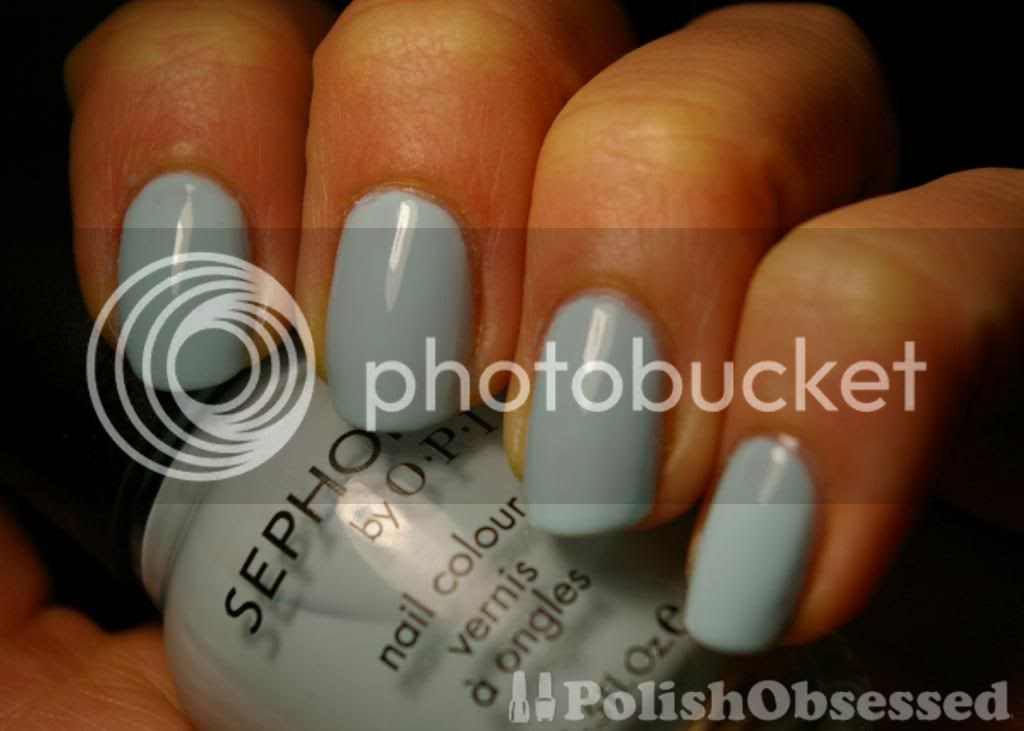 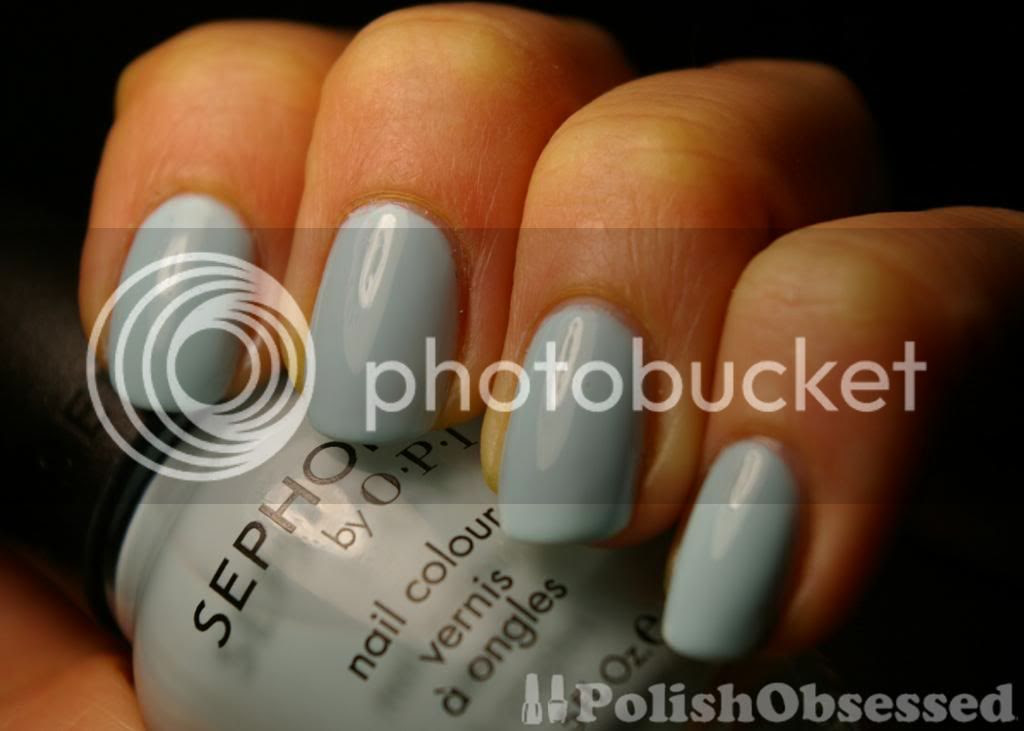 I used a total of three coats for each nail, however, there were a few nails i went back to after the third coat with some touch ups. Although the formula is thin and streaky it does even out pretty well. I used Seche Vite to dry the polish quickly and as always it added the perfect shine! 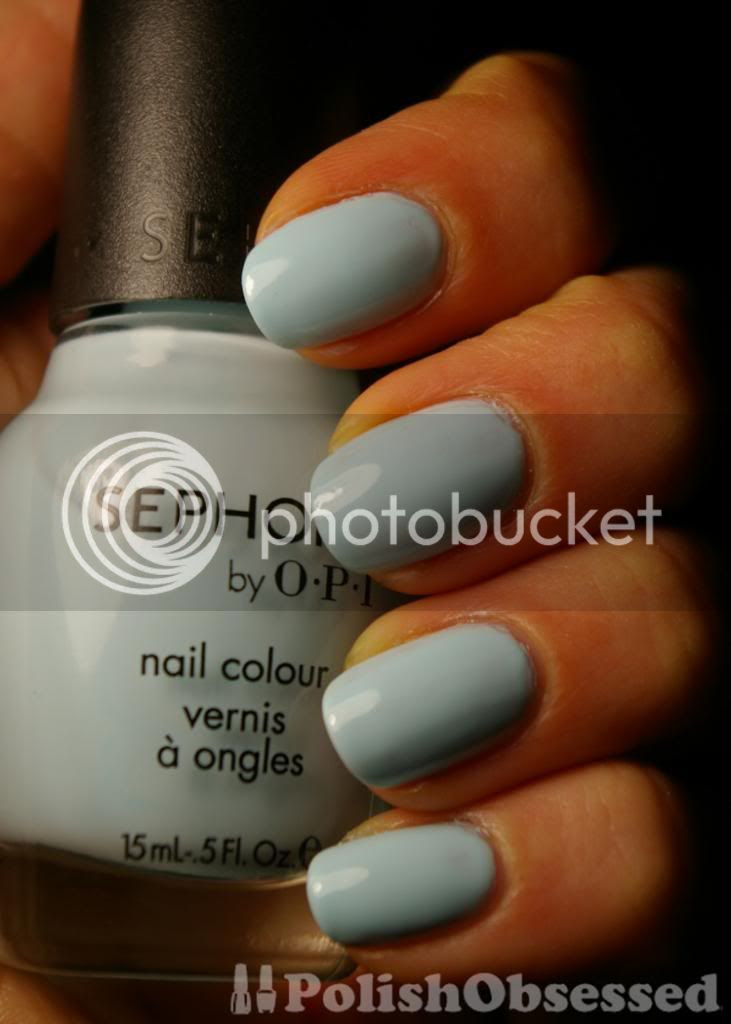 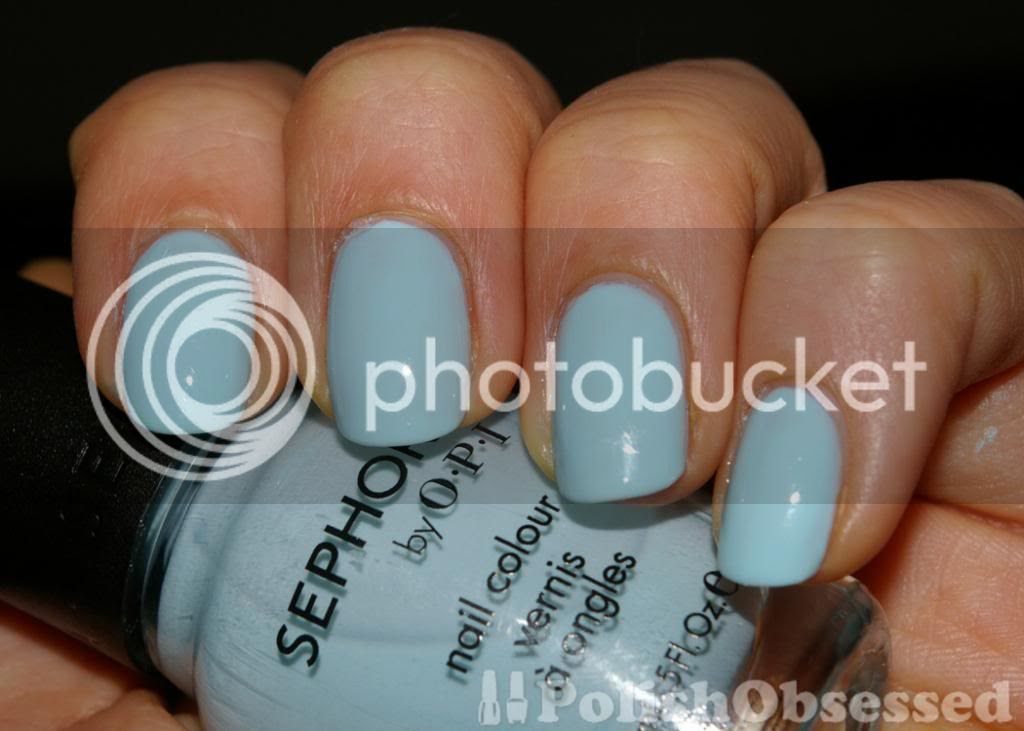 I really love this shade of blue, and I probably wouldn't have picked it myself to wear on its own since the trouble I had with it the last time, so I am glad that it was picked for me :) I guess some polishes deserve a second chance sometimes. All this particular polish needed was some time and care to apply. That being said, considering how much Sephora by OPI polishes go for, you would think the formula would be spot on. I haven't bought much from them lately, has anyone noticed an improvement in formula lately?
Posted by Danielle at 9:30 AM